Hugo Sanchez-Reategui is currently Stations-Distributed Energy Resources (DER) engineer with Alectra Utilities Corporation (Ontario, Canada), previously was a DER consultant with Alectra Utilities for 10 years confirming technical requirements to connect DER projects into the Distribution and Sub Transmission System, working with multiple internal stakeholders, developers, cities, government agencies, other LDCs (Local Distribution Companies), etc. Hugo is member of Professional Engineers of Ontario (PEO) and Professional Engineer Licensed since 2013, Senior Member of IEEE and CIGRE Canada Member. He published and presented a technical paper at the 2020 CIGRE Canada Conference called “SMRs (Small Modular Reactors): A Solution to Climate Change and collaborated in multiple working groups of IEEE Standards and recently supporting CIGRE working groups. In addition, Hugo was a Committee Chair of Industry Relations of IEEE Toronto from 2016 and 2018 and he was VP of Public Relations of Humber Shores Toastmasters in 2012 and 2015.

Hugo is an active volunteer for IEEE, CIGRE and universities; he supports student branches across GTA, chapters, conferences organized by IEEE Canada and other events as a panelist, moderator, and speaker. During his past role with IEEE Toronto, he led the Industry Relations Team, managing a select group of volunteers working on topics of technology such as Cybersecurity for Utilities, Blockchain, site visits, etc. promoting the IEEE brand as a leader in technology in Canada and North America. Since 2020, Hugo has been supporting other IEEE branches such as IEEE Chile in 2020 and 2021 as speaker and advisor and IEEE Peru as speaker. 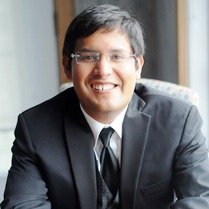