We also want to hear from you! Come share your story with us !

Welcome Message from Editor and Team!

We welcome you to November issue of IEEE Newsletter, Toronto section.

Meet Kathay Nicolay in our IEEE supporters  section. Enjoy and appreciate his contributions to IEEE.

You can find newsletter’s previous issues here.  You can explore our Library to access links to various newsletters, resources and chapter activities.

By launching this newsletter, we intend to cover IEEE achievements and success stories specific to the Toronto area.

If you have any questions, suggestions, or concerns, please address them to the editor; Fatima Hussain at fatima.hussain@ryerson.ca. We hope to hear from you, and we welcome your feedback!

Get Involved with Us!

IEEE Toronto section is looking forward to hearing from you. your contributions are welcome to this monthly newsletter. We invite our members to share and submit:

Articles should be submitted in Word format. Word count for News items, Affinity group reports is 50 to 200 words and for blogs/ articles is 500 to 800 words.

Although this year has been hard on all of us, we can appreciate we made through it safe and sound. It seems promising that things are getting back to normal and the year of loss is finally coming to an end.  At the same time, we hope that we catch up to all the progress we missed because of pandemic and come back even stronger. 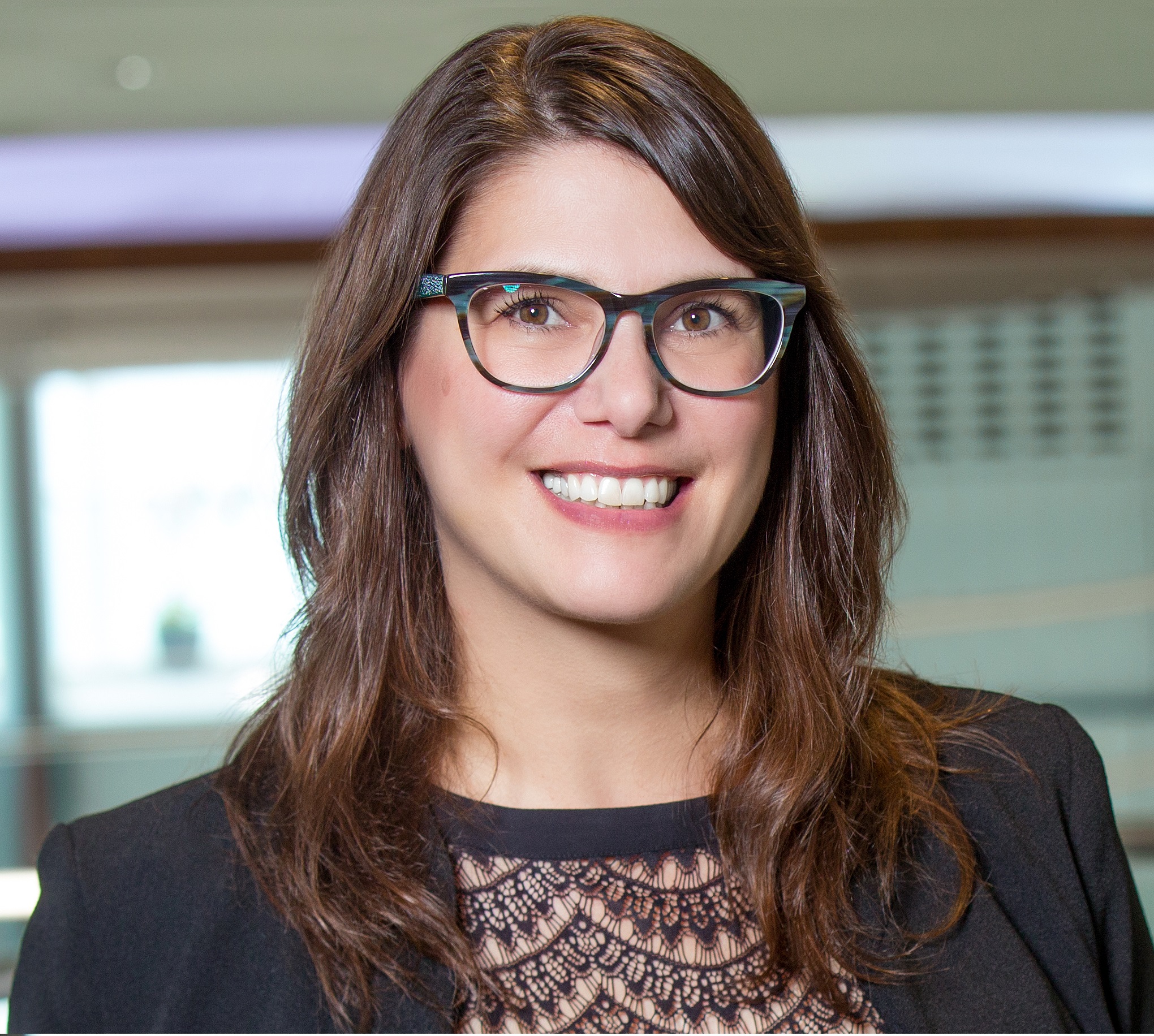 Kathy Nicolay is originally from Vancouver, Canada. She received a B.A. in cultural anthropology at Simon Fraser University in 1999 and has studied and worked abroad in Thailand, the Czech Republic, and India. In 2003, she completed a postgraduate  certificate in international project management.

In 2014, Kathy became the principal contributor and manager for the Leaders Circle, a program that partners with top thinkers, innovators and researchers to bring international meetings to Toronto. Since the inception of the Leaders Circle, Kathy has guided the program every step of the way. The Leaders Circle continues to assist industry leaders and local experts free of charge with the bidding, planning and successful delivery of international conferences.

Kathy became an Associate Member of IEEE in 2010. This membership has been an invaluable way for her to keep informed on IEEE activities in Toronto, Canada and globally, and to meet fellow IEEE members and volunteers.

One of the most notable international conferences secured by the Leaders Circle is the MedTech Conference, an internationally renowned international meeting that took place in Canada for the first time in 2020.  International meetings create incredibly important economic and social impacts for the city and region. From 2015 to 2019, Kathy was also a member of the strategic marketing working group with TOHEALTH!

In this work, a Vision Guided Robotic Smart System (VGRSS) that is capable of assembling electronic boards and inspect them

for defects and faults before going further to soldering step has been designed and built. Currently the electronic board assembly is done manually in many companies using human labour to select the components and place them in position on the PCB by reading the assembly drawing and manually assembling the entire board. As per the current setup there are high rework rates as result of human error and missing components on the board which is detected at a mush later stages when the board goes for non-destructive testing and fails the quality test. There is a need to upgrade the manufacturing process to reduce the production cost and modify it to optimise the production capacity, reliability, and accuracy. The main purpose of the VGRSS is to eliminate human labour cost and to reduce the required training for the operator. The VGRSS reduces the chances of missing the components on the board and eliminates the rework cost. Thus, enhances the product’s quality, adds an intermediate smart inspection check, and improves the cycle time.

Figure 1 shows block representation of the VGRSS processing operation. PCB’s are coming on a conveyor while all the electronic components are stored within reach of the robot. The conveyor stops once a PCB is detected and the vision system send the robot the location and orientation of the PCB. The robot with its flexible gripper pick the electronic parts one by one and place them in the proper location on the PCB. The major constraint for this work was the variety of electronic components, its size and the different complexity of the components which are to be inserted on the printed circuit board (PCB). Another challenge was the communication protocol as not all devices and controllers used the same system. One other constraint was the softness or delicate nature of the various electronic components which required to be handled carefully. By finding the common communication link between the various devices all the processors and controllers were connected to transfer data at a required speed. To solve the electronic component variability issue, all the different components were grouped based on the physical appearance and weight, and custom gripper were designed to hold the different components securely so that there is no slippage during manipulation. The system was programed using ABB Rapid code. All the electronic components were able to be detected, identified by the vision system and then picked and placed in their respective places on the PCB.  The system was extensively test to ensure the repeatability of the operation. The system was executed in a production mode to ensure the quality of the final product. Results showed that the system was successfully designed, built, programed, and executed to perform the electronic board assembly with much better cycle times.

Dr. ANDY ALUBAIDY received his PhD in mechanical engineering from Ryerson University in 2012. He has extensive industrial   and academic experience in the areas of advanced manufacturing, robotics and automation. He joined Sheridan College in 2013, and is currently a professor in the School of Mechanical and Electrical Engineering and Technology. Dr. Alubaidy has been involved in various successful research and development projects with small, medium, and large manufacturing and consulting companies.

Dr. Alubaidy research interests are in the areas of robotics, vision systems, deep learning, smart factories, Industrial Internet of Things, advanced manufacturing and automation. Over the past  years, his research has been published in many international journals and conferences, as well as in several book chapters. He received the NSERC/CRSNG (Nano Innovation Platform) award in 2010 and was nominated for the Ryerson Golden Medal award in 2012 for his excellence in academia and research. He was nominated for the People award in 2020 and he recently received The Minter Award of Excellence from the Ontario Ministry of Colleges and Universities. Dr. Alubaidy work of rethinking academic delivery during global pandemic was featured in MacLean’s in 2020.

1. A grand prize draw of a brand new Apple Watch (no joke!).

2. A keynote presentation from the founder and CEO of the Toronto-based company that recently went public in the biggest semiconductor IPO of all time.

3. The announcement of the IEEE Toronto officer election results for the 2022-2023 term.

5. A chance to catch up and network with other attendees in a fun new format – details to be announced during the AGM.

We are genuinely excited for this event and hope to see many of you there!

Workshop : Introduction to the  Mathematics in Machine Learning!

Jeff Edmonds has been a computer science professor at York since 1995,
after getting his bachelors at Waterloo and his Ph.D. at University of Toronto. His back ground is theoretical computer science. His passion is explaining fairly hard mathematics to novices. He has never done anything practical in machine learning, but he is eager to help you understand his musings about the topic.
https://www.eecs.yorku.ca/~jeff/

The IEEE Toronto would like to thank all of our members for sticking with us through the pandemic. As our way of saying thank you, we would like to invite you and your family (or friends) to join us for lunch and wild times at the Toronto Zoo!

Included in the $10 per person registration fee:

– One general admission ticket to the Toronto Zoo

– Lunch at the Special Events Centre (inside the Zoo)

At least one IEEE member number must be provided for each registration. Each IEEE member may bring up to 3 additional friend or family members. 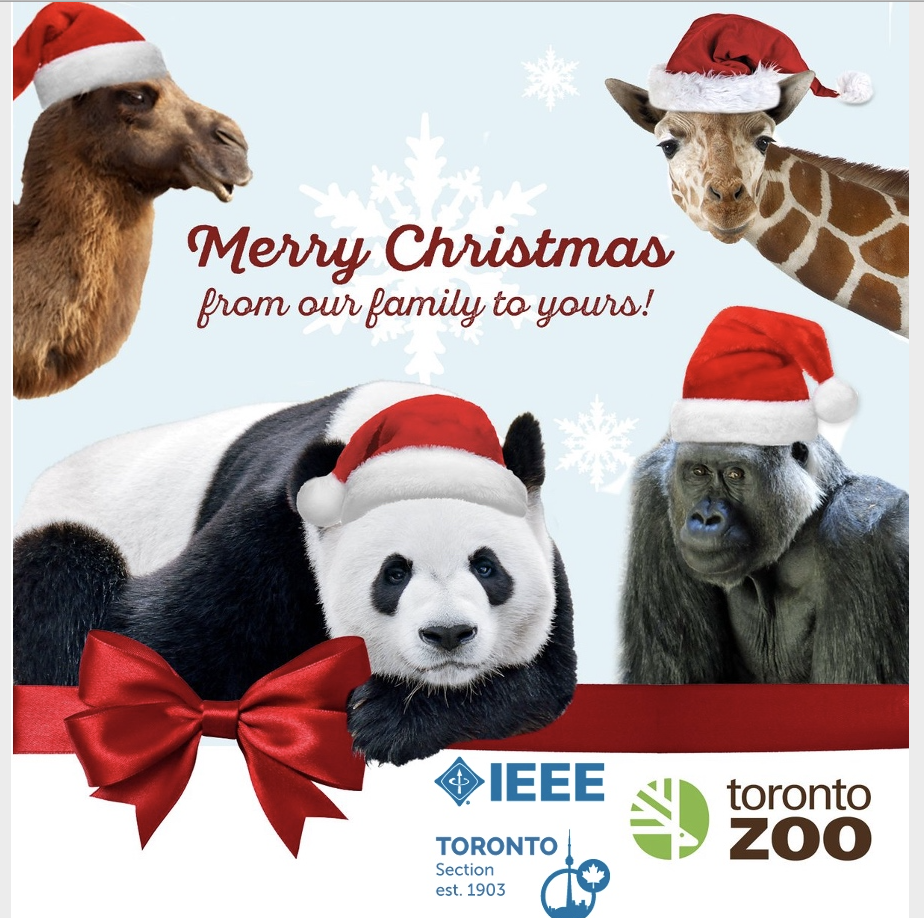 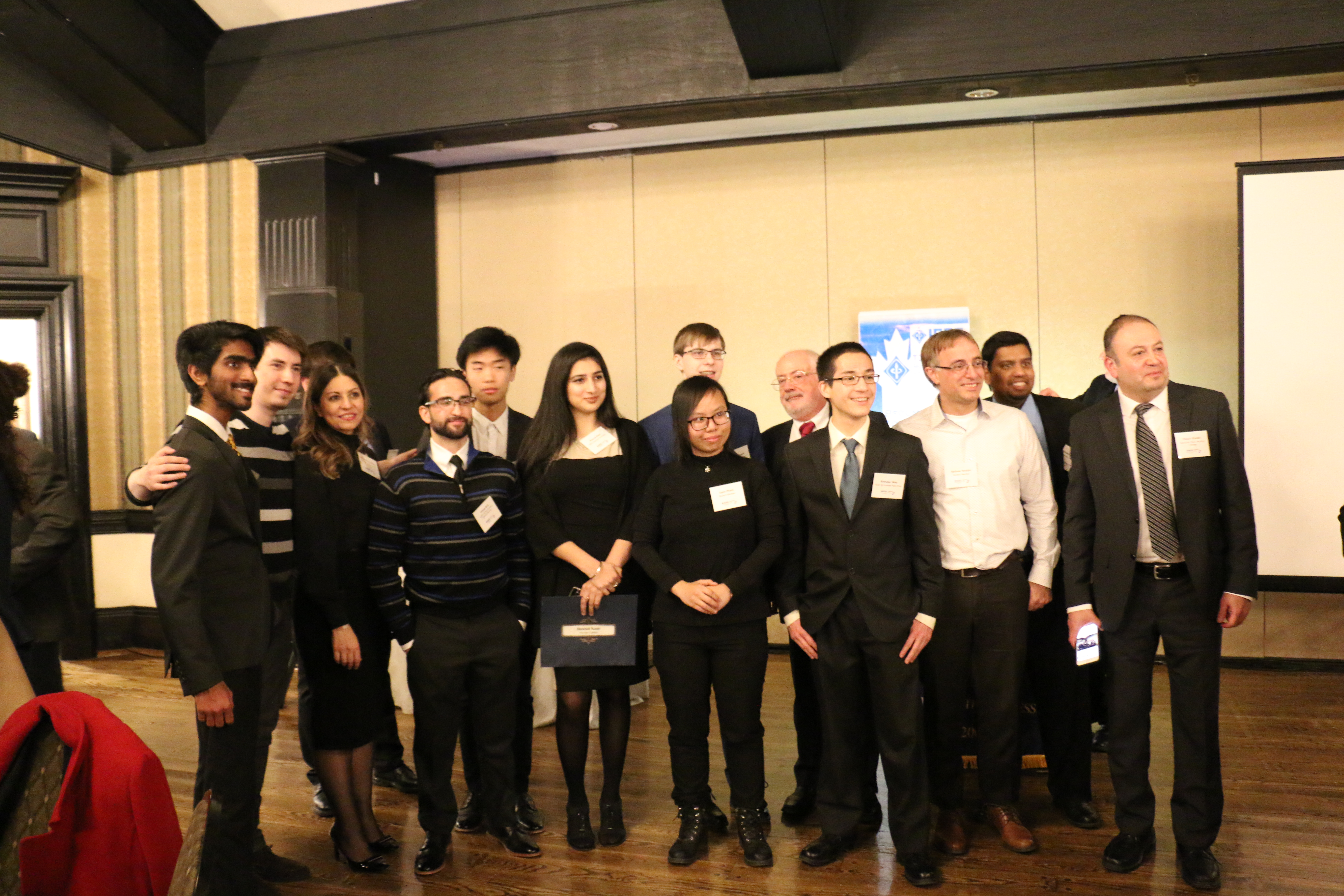 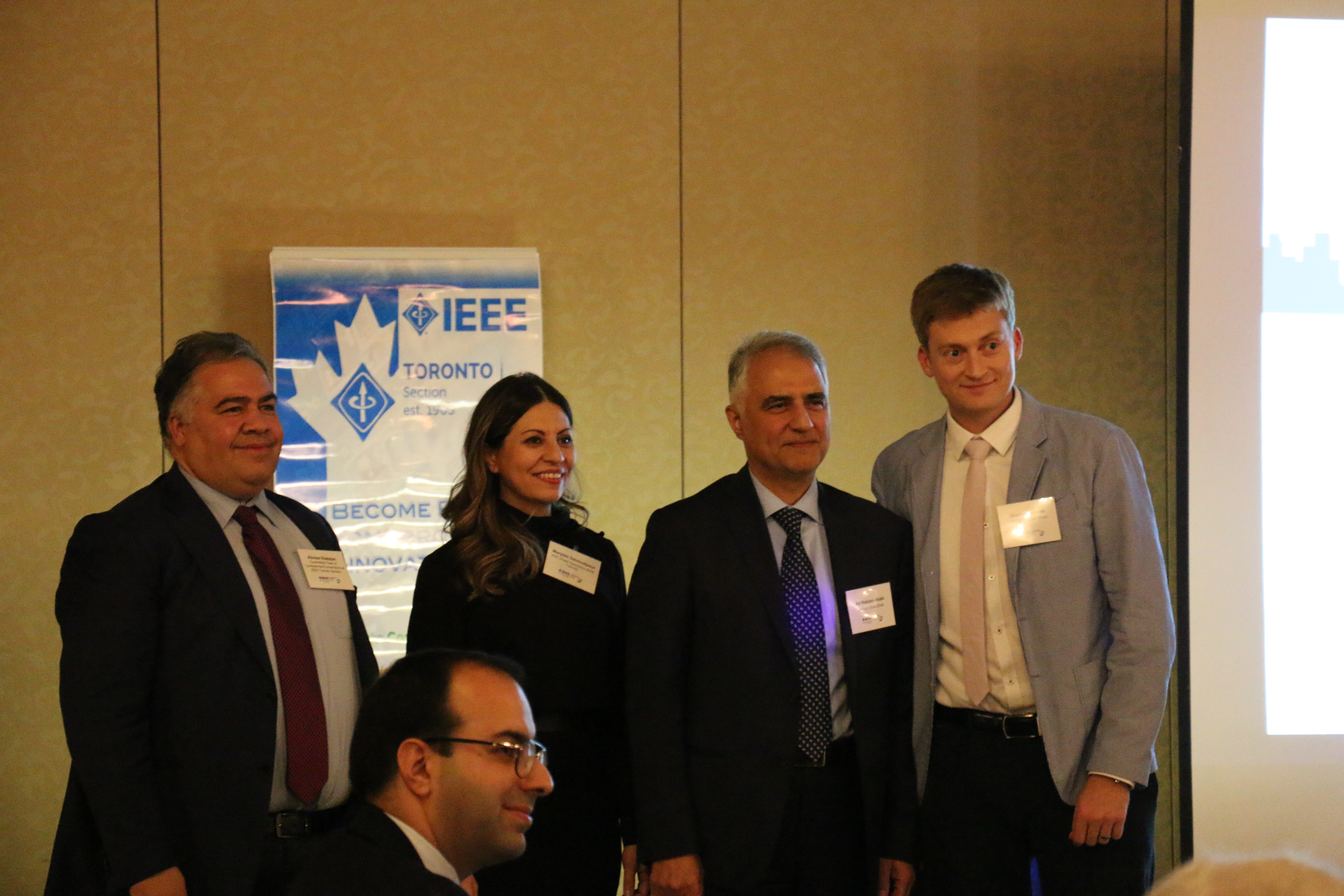 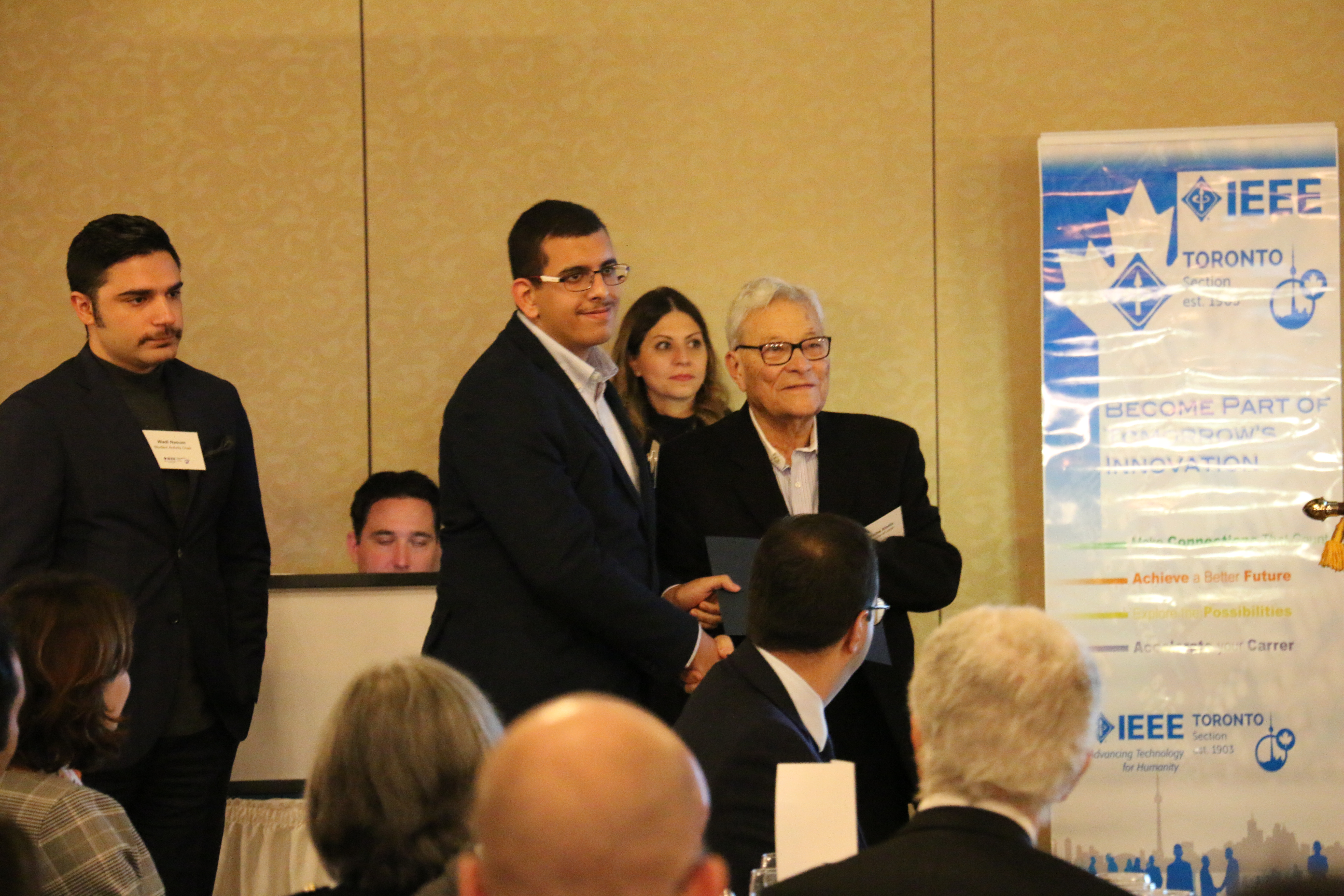 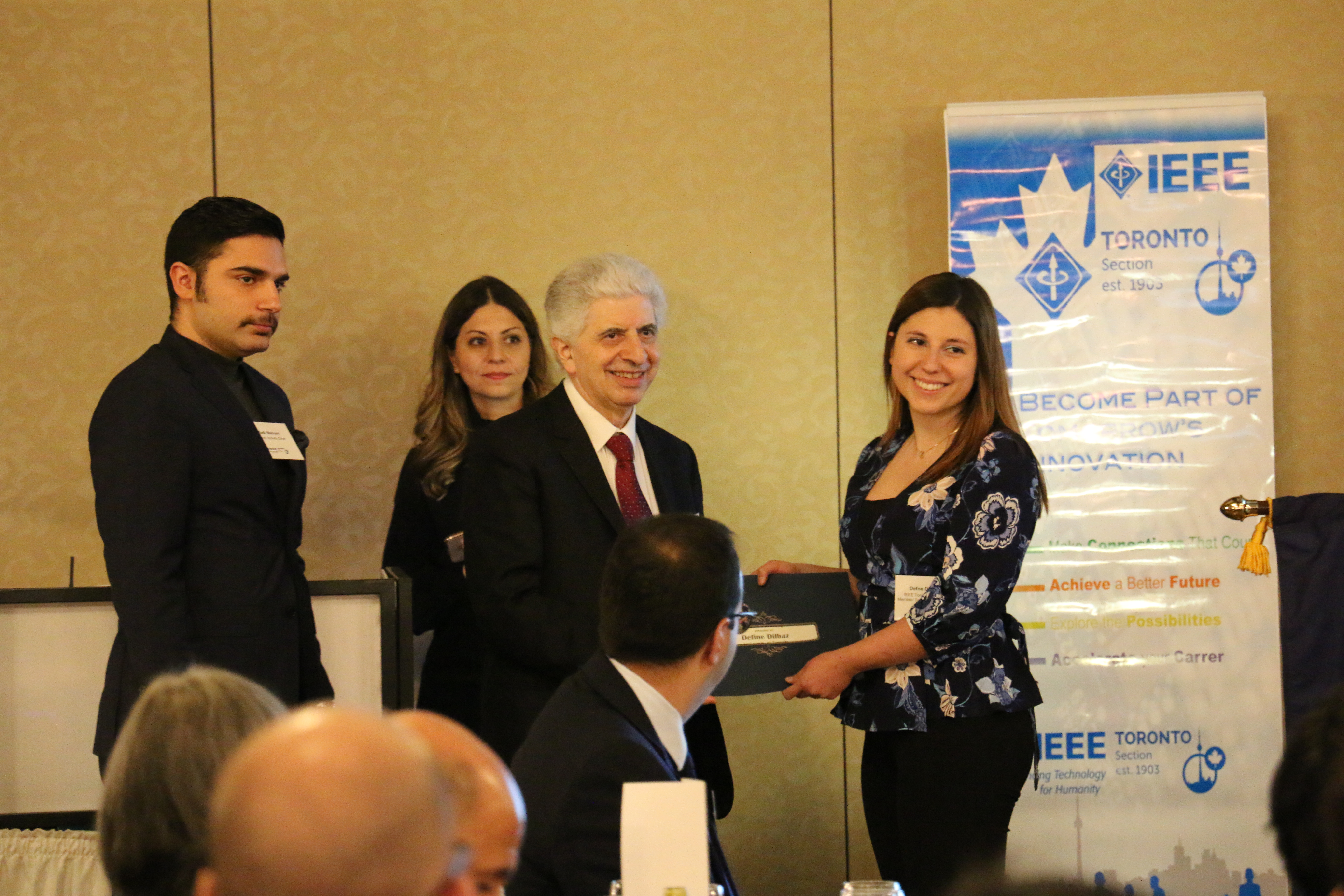 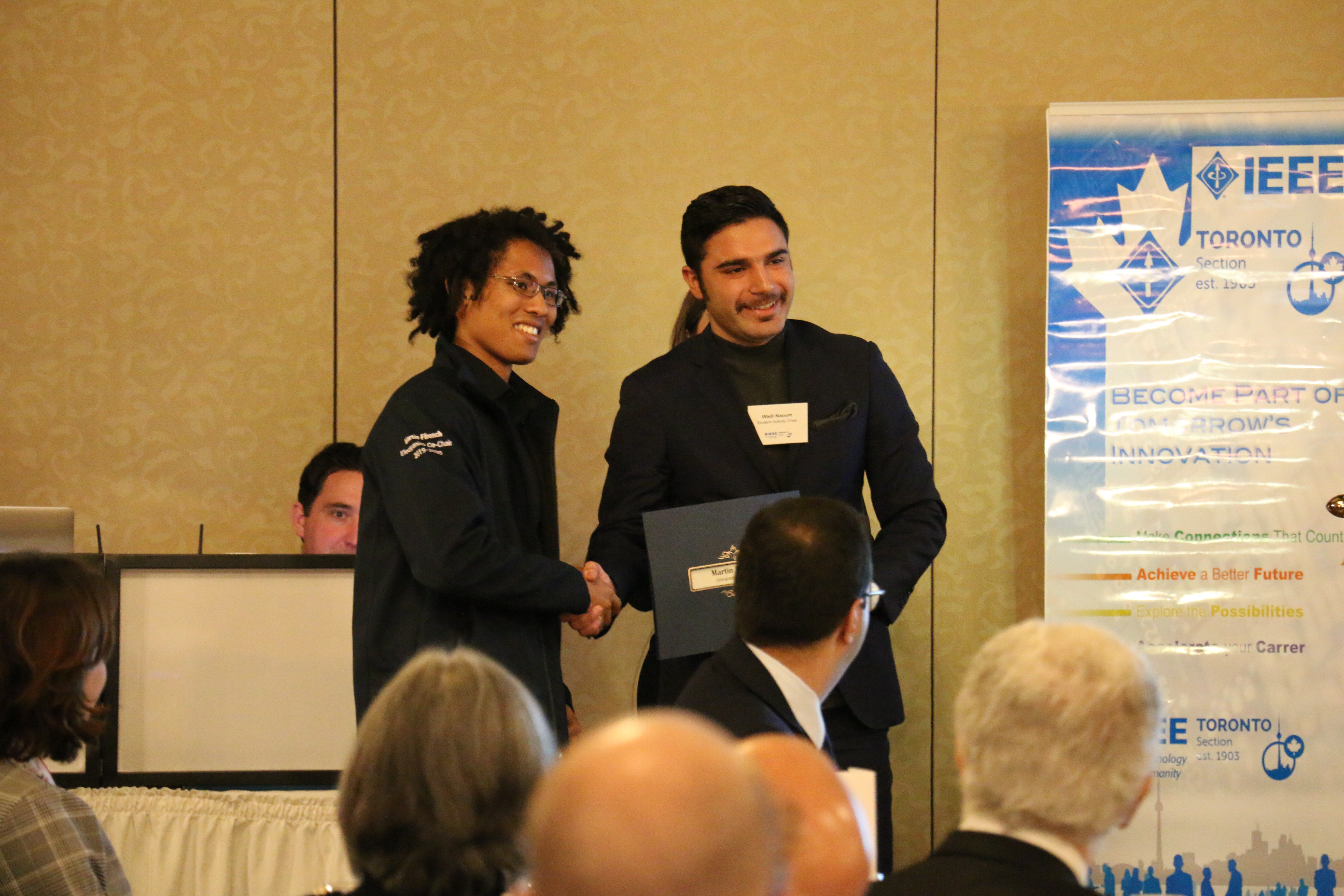 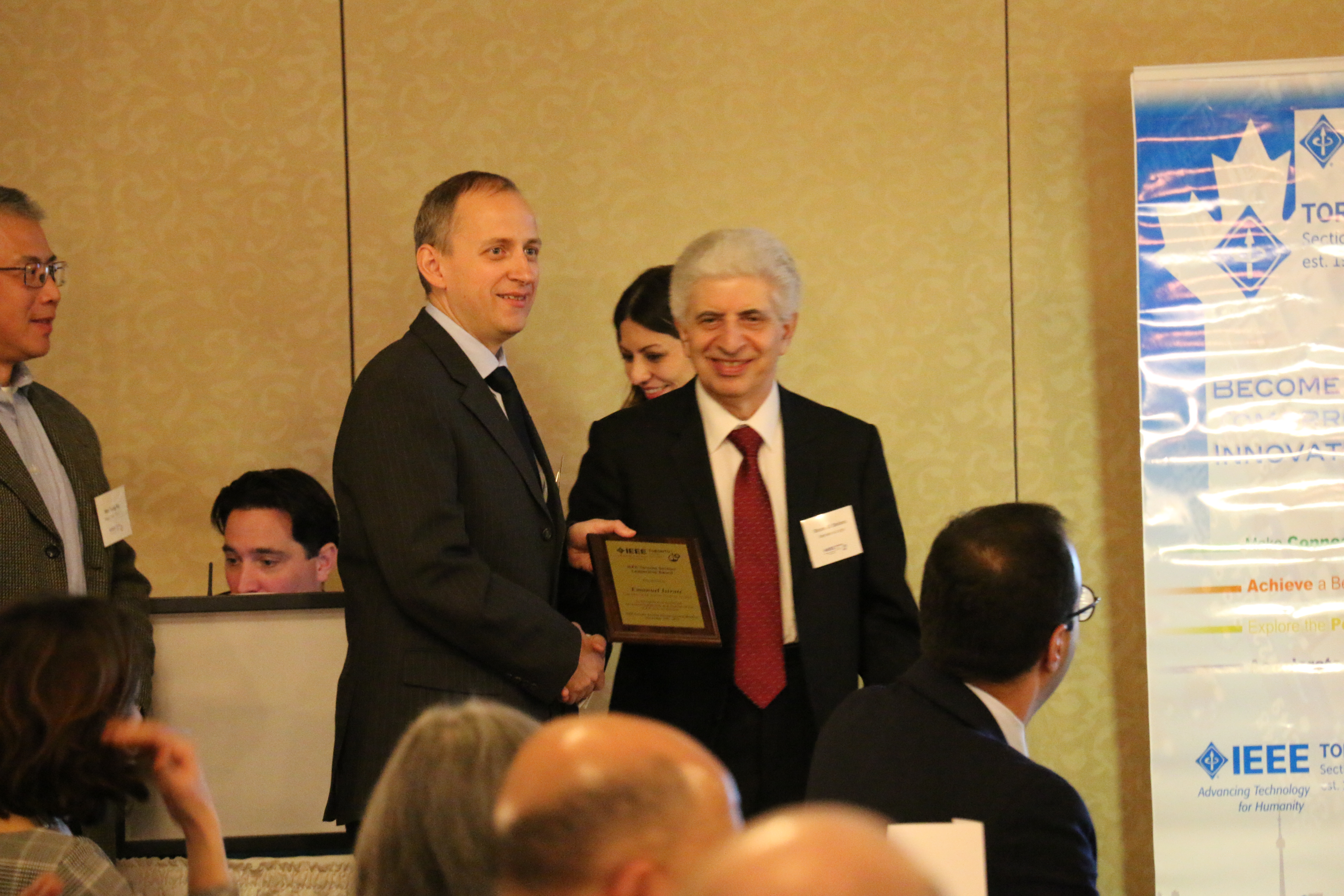 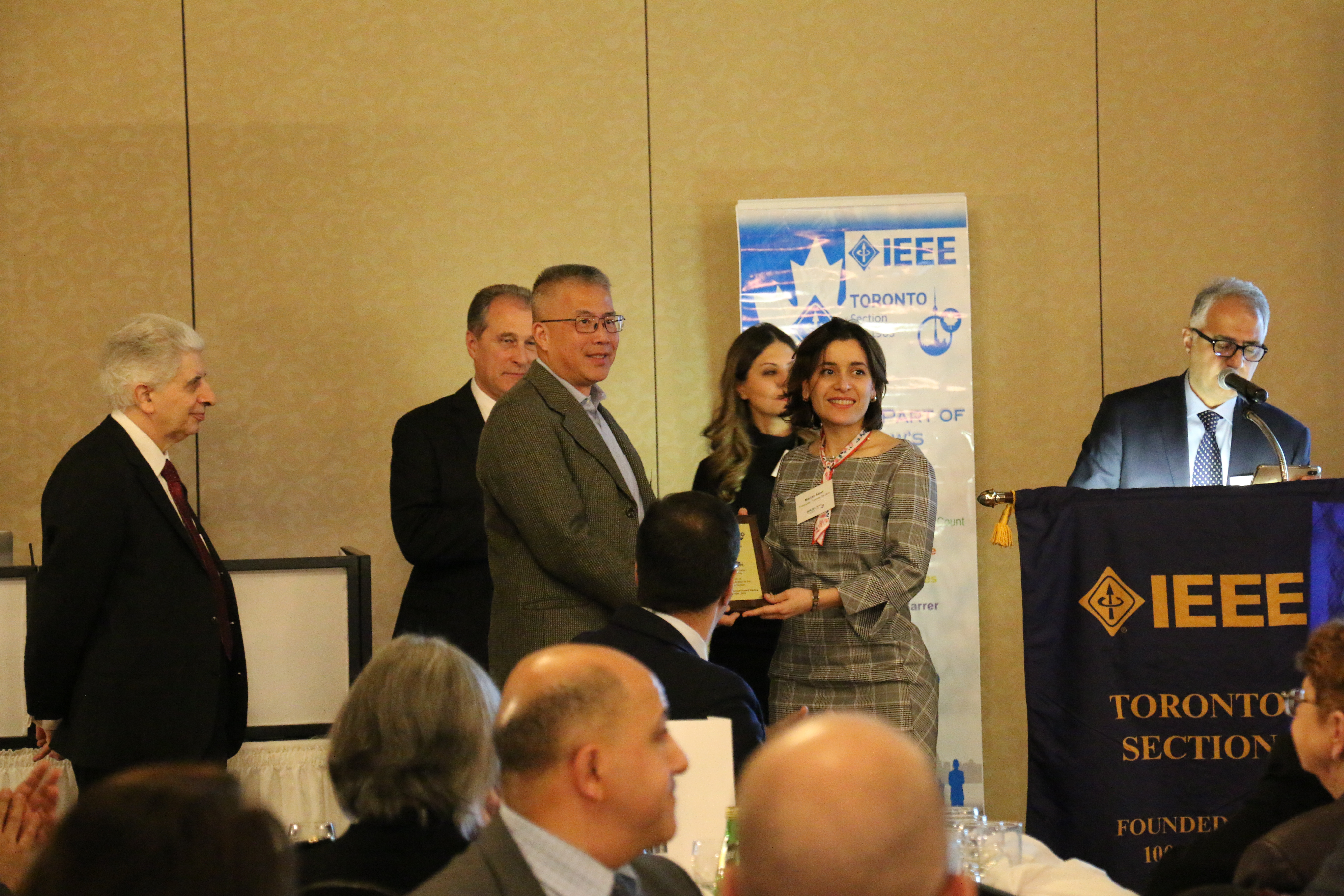 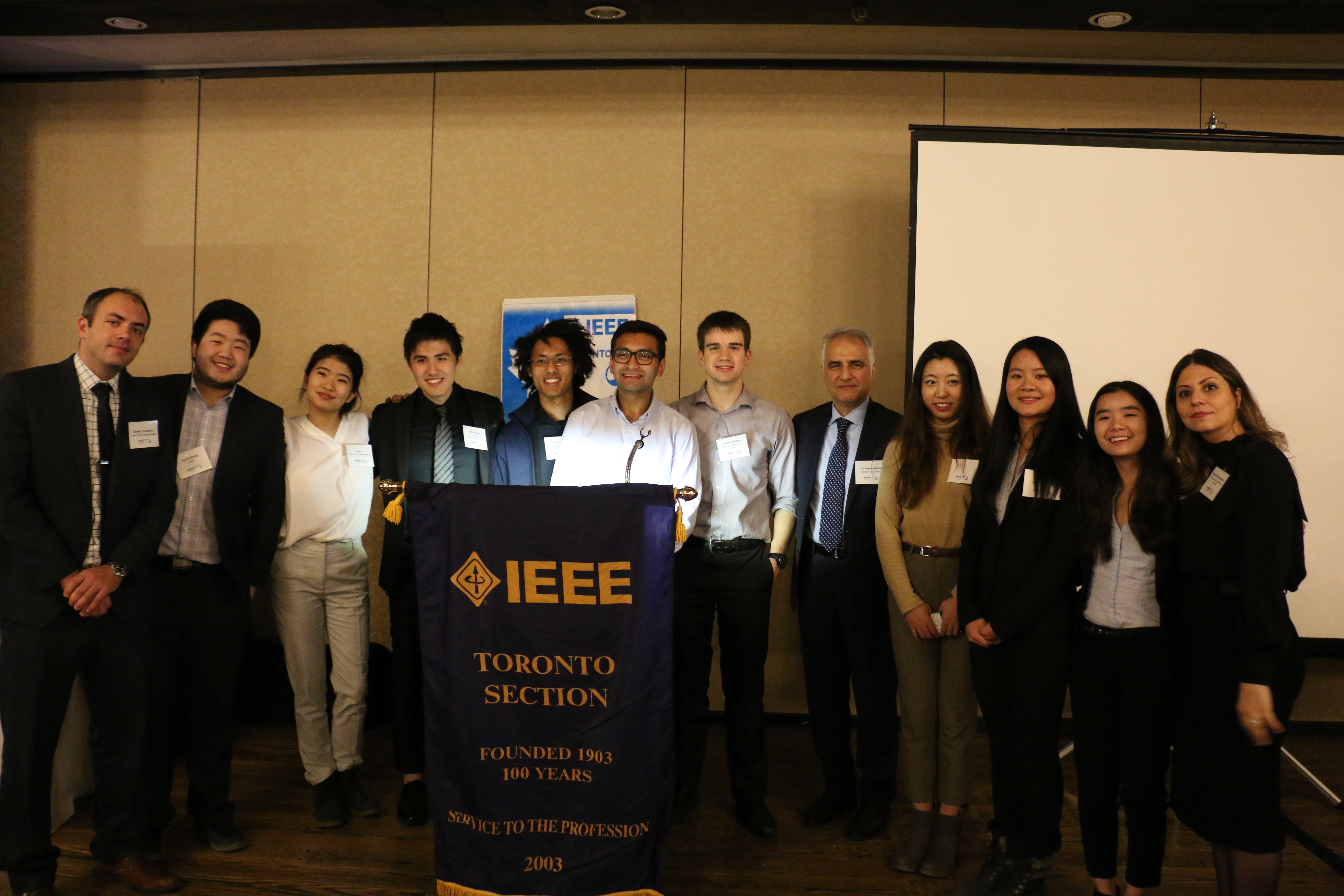 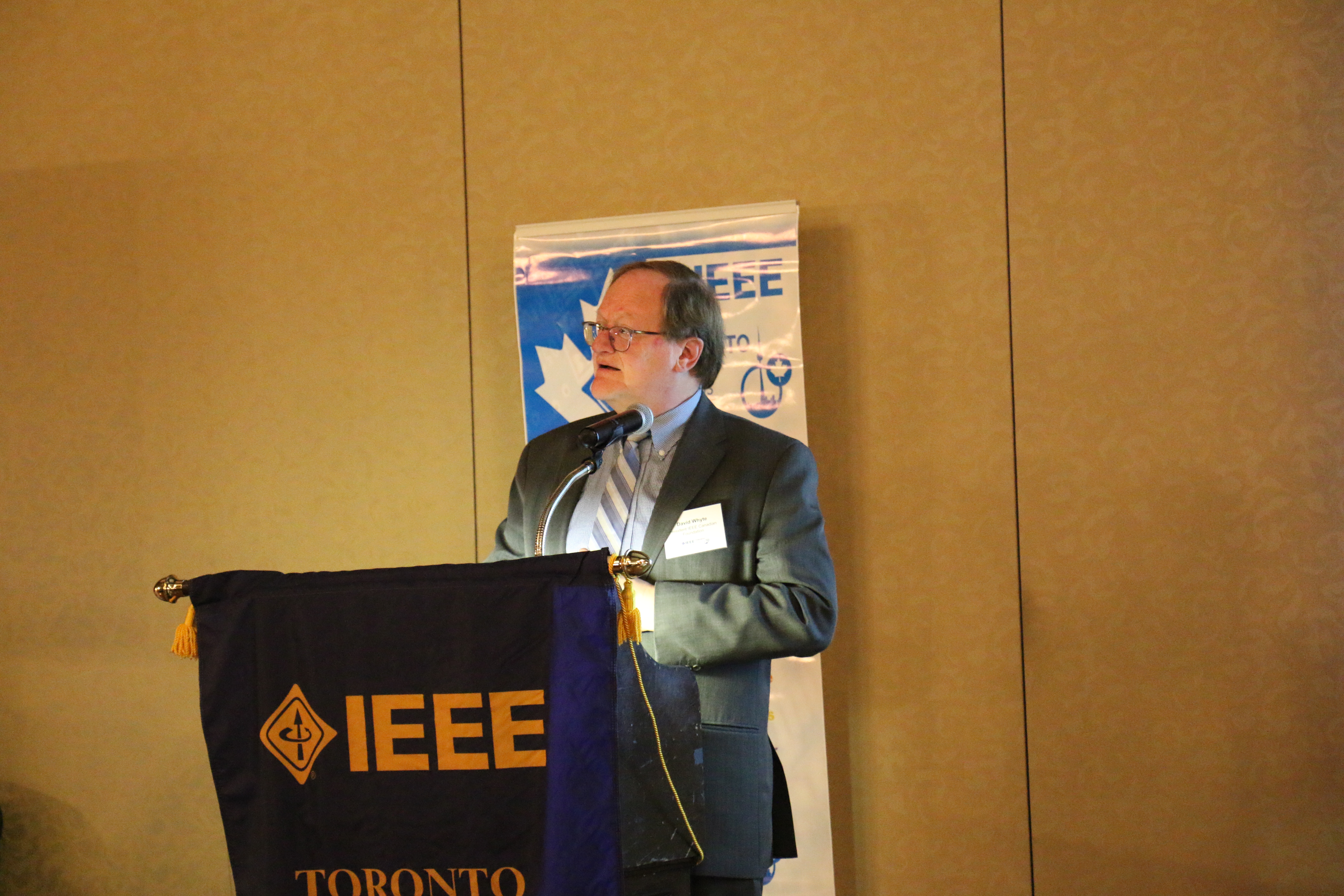 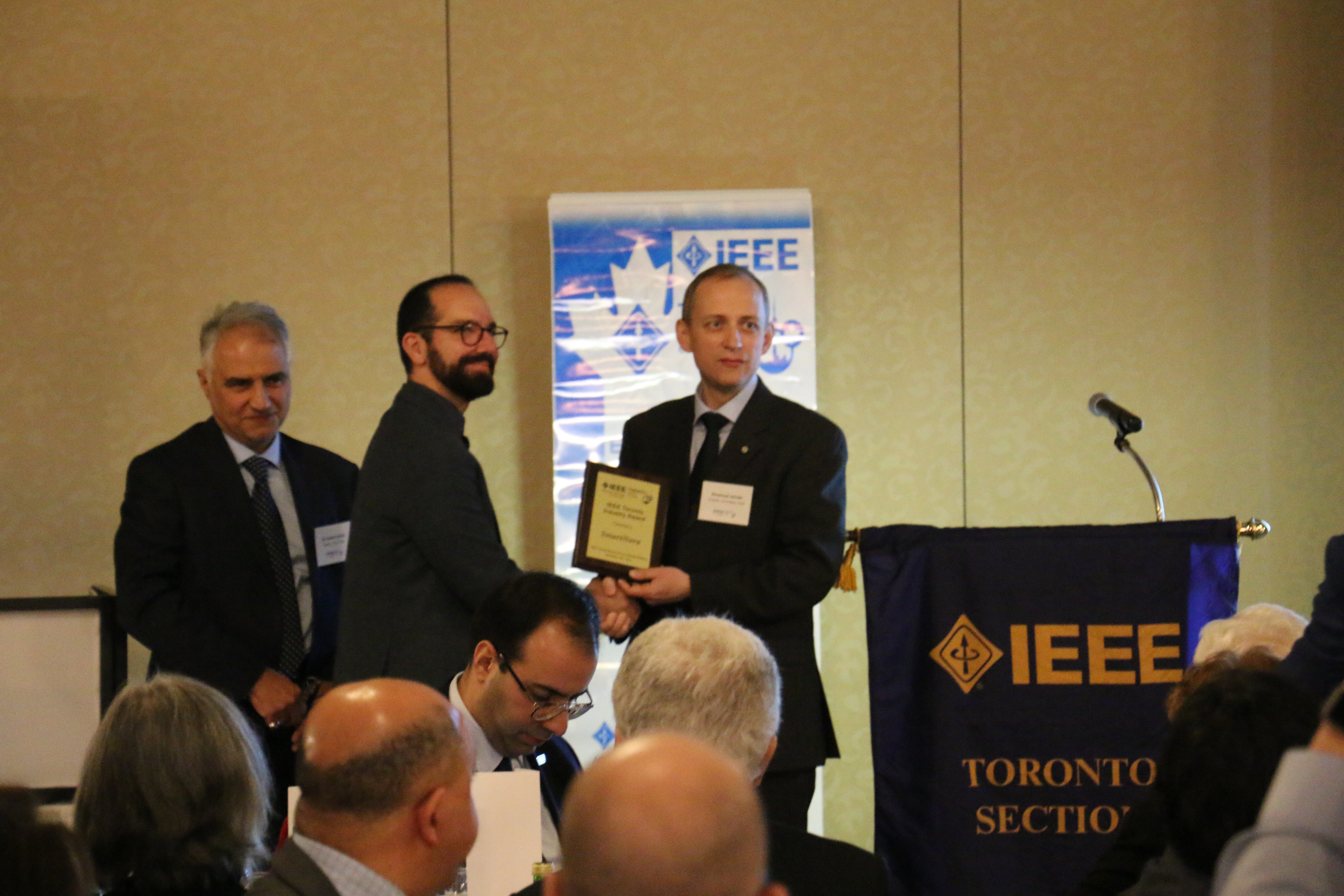 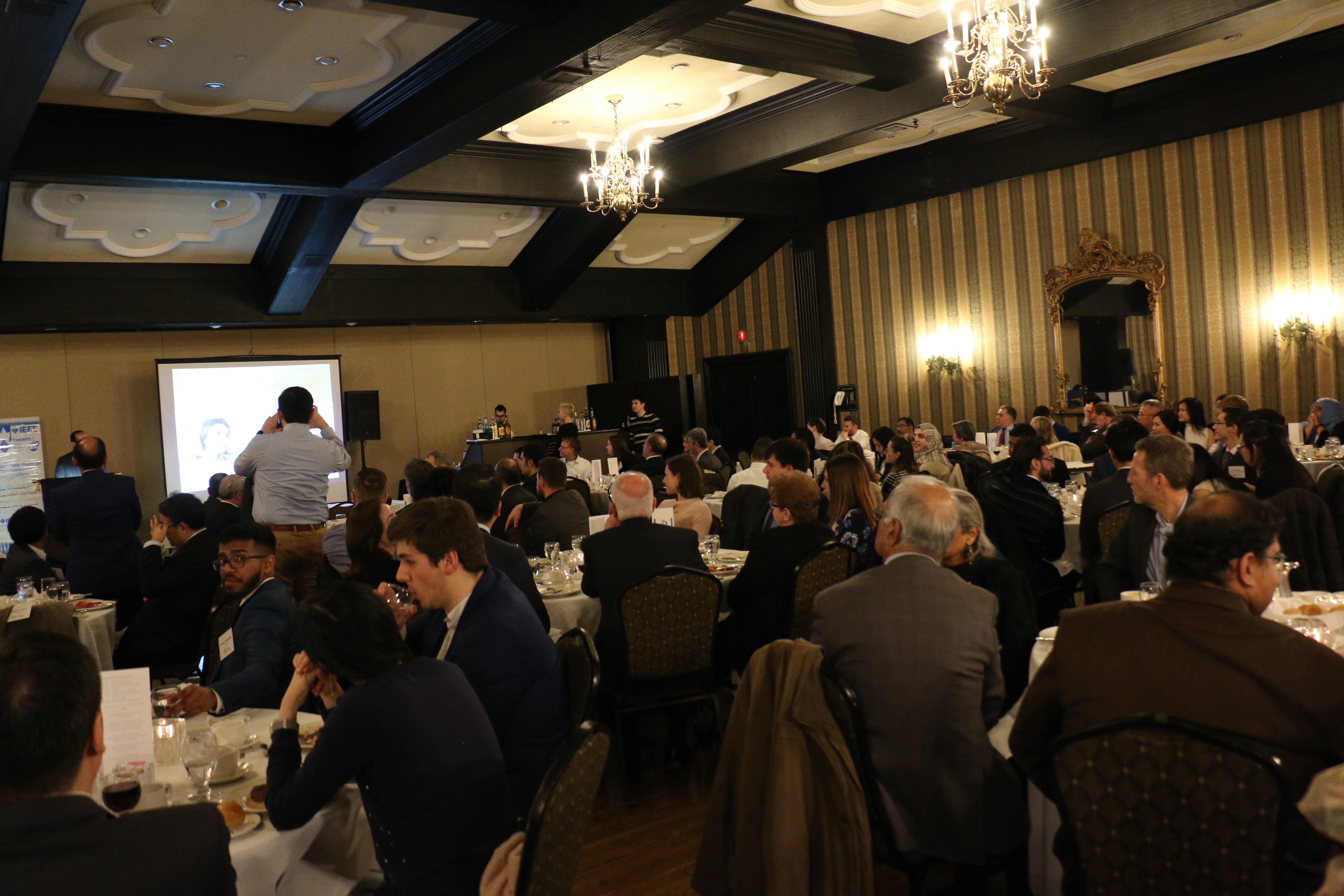 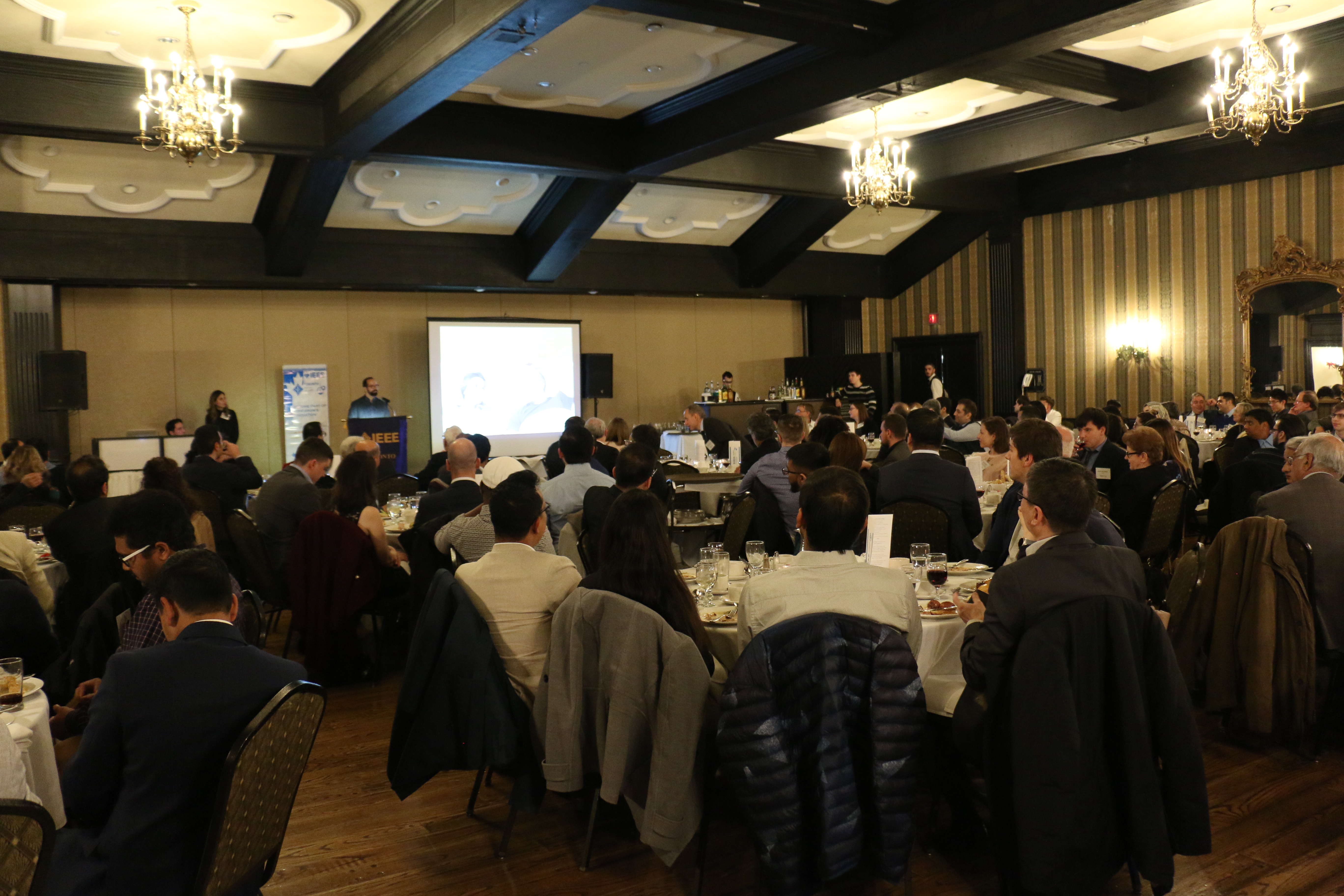 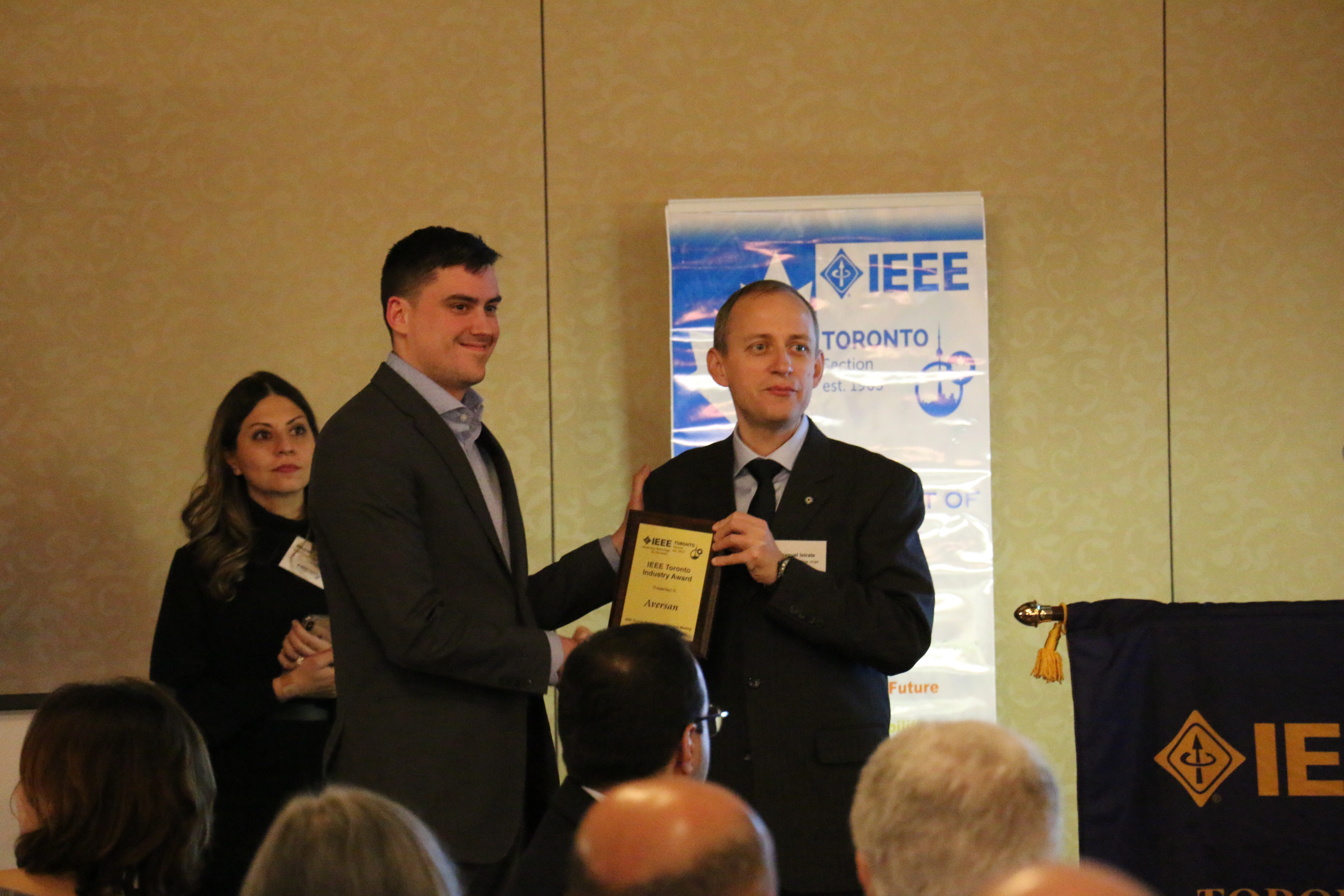 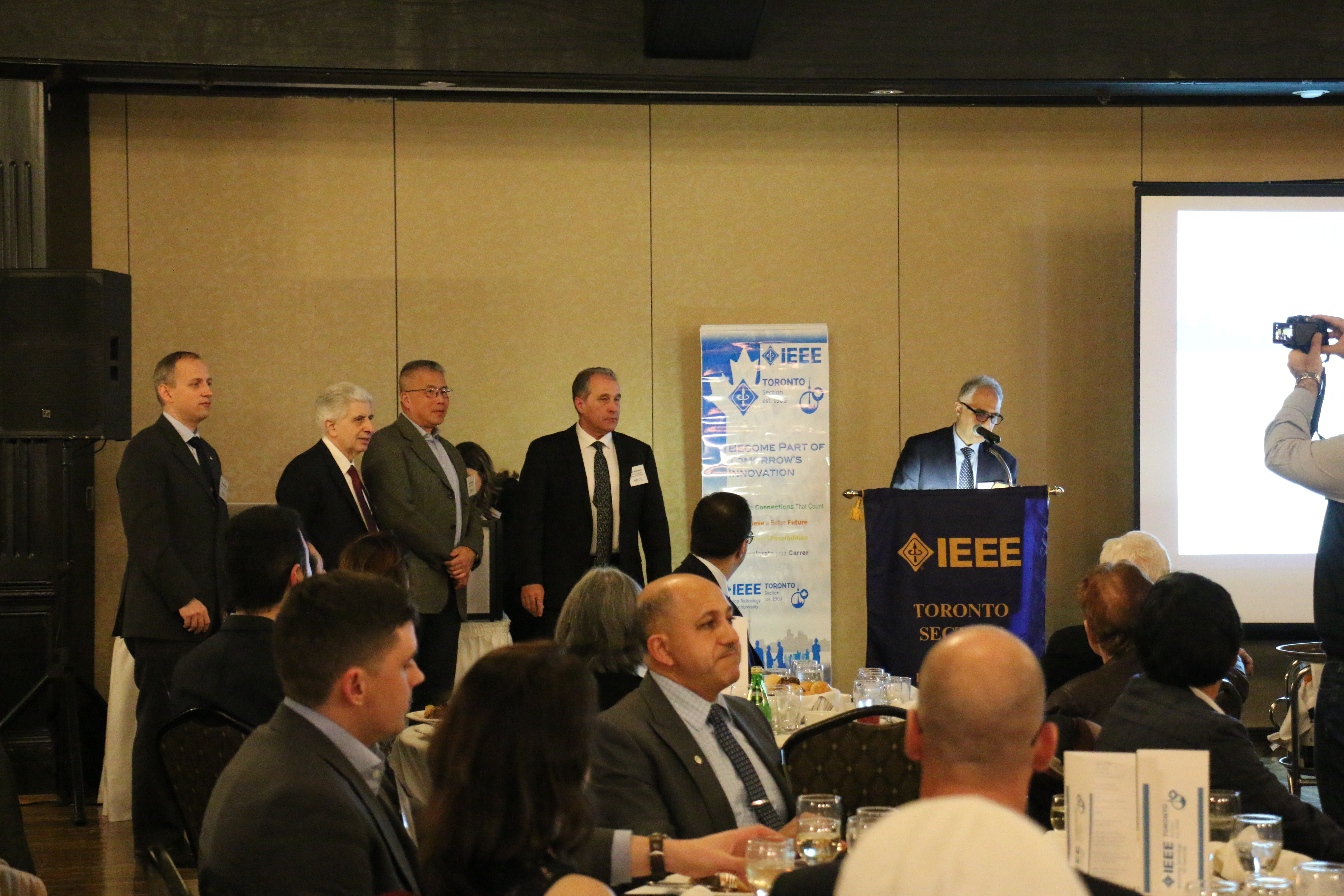 Dr. Fatima is working as a Manager, 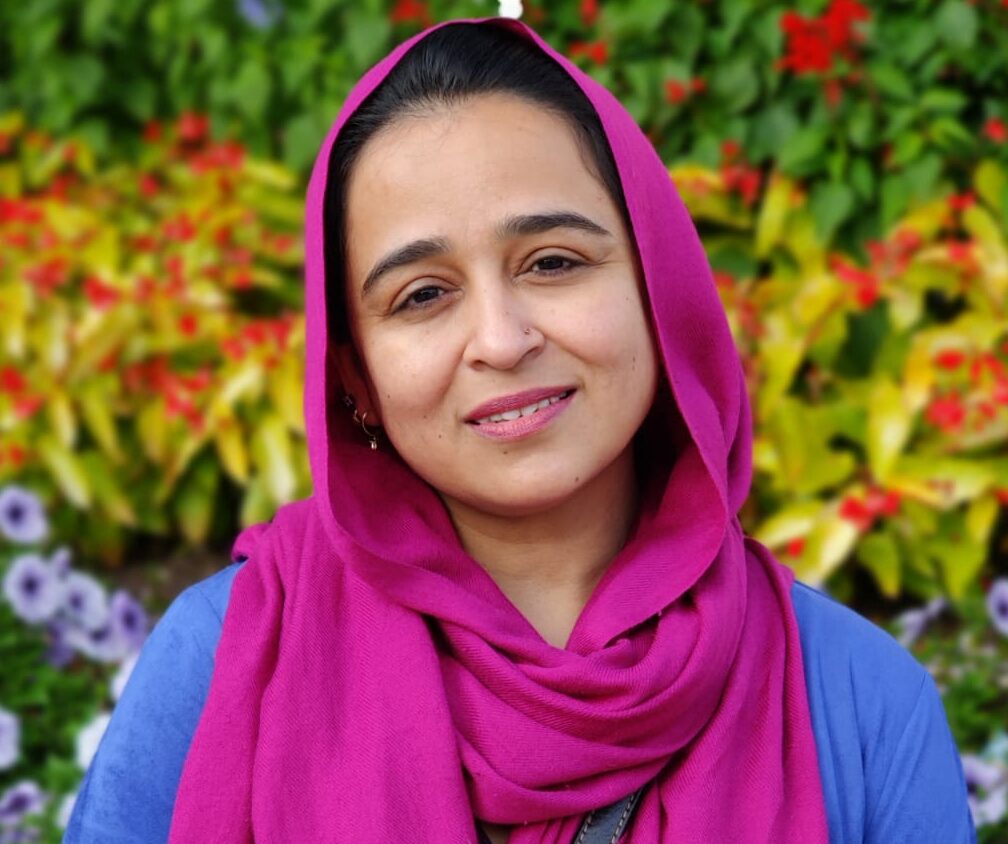 She is also an Adjunct Professor at Ryerson University, Toronto and her role includes the supervision of graduate research projects. Dr Hussain’s background includes a number of distinguished professorships at Ryerson University and University of Guelph where she has been awarded for her research, teaching and course development accomplishments within Wireless Telecommunication and Internet of Things.

Her research interests include Insider Threat Detection, API Security, Cyber Security and Machine Learning. She is a prolific author with various conference and journal publications to her credit. Dr. Hussain received her PhD and MASc degrees in Electrical and Computer Engineering from Ryerson University, Toronto. Upon graduation she joined the Network-Centric AppliedResearch Team (N-CART) as a post doctoral fellow where she worked on various NSERC-funded projects in the realm of the Internet of Things.

Dr. Ameera Al-Karkhi is working as a Professor at Sheridan College. She holds PhD in 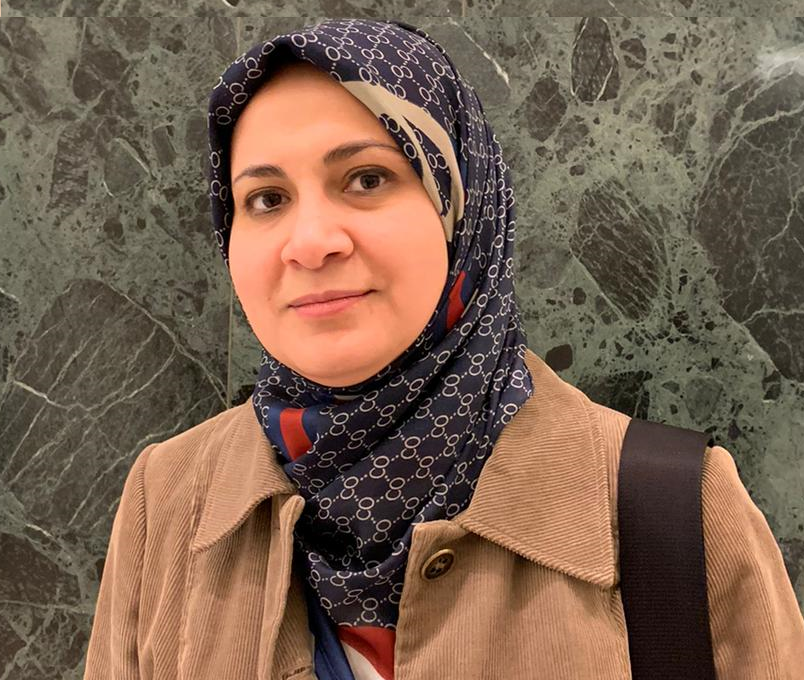 Computing, Science and Engineering Department from University of Salford, UK. She has worked as Postdoctoral Fellow at Ryerson University and University of Guelph, in areas such as, IoT Environment, Cloud Computing and Contextual Security. She has also worked as a Data Scientist at ML4BD Inc. and contributed in various projects including Feature Selection, Classifiers Development and Data Analysis using machine learning techniques.

She has various academic publications in different conferences and journals in Computer Engineering, Machine Learning and IoT domains. Her research interests include providing and developing solutions in the area of Cyber Security, User Identity Assertion and Context Aware systems within Internet of Things environments and Cloud Computing. 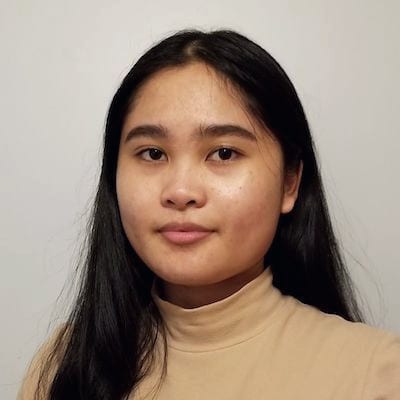 Melanie Soliven is an undergraduate Computer Science student at Ryerson University. Her interest in coding and the growing tech industry lead her to the Computer Science program at Ryerson. As part of her education, she has learned how to write programs in Python, Java, and C. In her free time, she likes to illustrate and develop her skills in front-end web development.

She is currently the volunteer webmaster for the IEEE Toronto Section.