Xavier Fernando is a Professor and Multimedia Stream Coordinator at Ryerson University, Toronto, Canada. He has PhD from the University of Calgary, Alberta. He has co-authored close to 100 research articles and holds a patent. He is leading Ryerson Communications Research Lab. He is an IEEE Communications Society Distinguished Lecturer. He has delivered invited talks worldwide including the Cambridge University (UK) and Princeton University (USA). He is a member in the IEEE COMSOC Education Board Working Group on Wireless Communications. He is a co-author and co-editor of the IEEE Communications Society Wireless Communication Body of Knowledge (WEBOK). He was a visiting scholar at the Institute of Advanced Telecommunications (IAT), UK in 2008. He has worked for AT&T for three years as an R&D Engineer. He is a program evaluator for ABET. 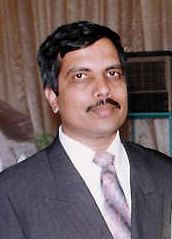