Her areas of interest are Artificial Intelligence, Machine Learning, and Digital Signal Processing. She has several peer-reviewed journal and conference papers in the mentioned research areas.

Talieh attained the first rank award among the students graduated in her department in 2003. Also during her graduate studies she has received several internal and external awards such as Ryerson graduate scholarship in 2005-2008, OGSST in 2009, and University of Waterloo Provost Doctoral Entrance Award for Women in 2010.

She has also been an active member of IEEE since 2004 and involved in professional activities such as serving as a volunteer as well as an executive committee for a couple of conferences and a peer reviewer for several journals and conferences. 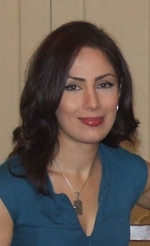