Dr. Olivier Trescases received his Ph.D. degree in electrical engineering at the University of Toronto in 2007. He joined the Department of Electrical and Computer Engineering at the University of Toronto as an Assistant Professor in January 2009, and was promoted to Associate Professor in July 2014. He conducts research on power electronics for automotive, industrial, aerospace and renewable energy applications. Dr. Trescases has worked for some of the top global semiconductor companies, including Infineon, NXP Semiconductor and Texas Instruments. He is the founder of Tecium Designs, a company specializing in power electronics and power ICs in Toronto. He is the co-inventor for 12 patents. Dr. Trescases has published over 70 papers in IEEE conferences and journals. He received three best-paper awards, one IEEE Vehicular Technology award as well as the 2010 Green Innovation Award from the City of Toronto. He is currently the Vice Chair of the IEEE Toronto Section and has served on the technical committee of various IEEE conferences, including the Applied Power Electronics Conference (APEC), the International Symposium on Power Semiconductor Devices & ICS (ISPSD), the Custom Integrated Circuits Conference (CICC) and the Vehicle Power and Propulsion Conference (VPPC). He is currently an Associate Editor for the IEEE Transactions on Power Electronics. 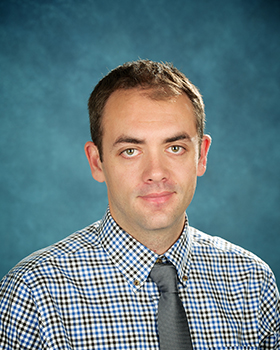