Munshareh Shafaq is a second year Master of Engineering candidate with Department of Electrical and Computer Engineering at University of Toronto. Her area of specialization is ‘Energy Systems’ with an emphasis in ‘Sustainable Energy’ and ‘ELITE (Entrepreneurship, Leadership, Innovation and Technology in Engineering).
She holds a Bachelor of Technology degree in Electrical Engineering from Jamia Millia Islamia, New Delhi, India. During her undergrad, she was actively involved with WIE and IAS chapters of IEEE Delhi Section (R10).

She has also worked as an Electrical Engineer for 12 months with Electrical and Automation wing of Larsen and Toubro Ltd., India, where her primary area of focus was design and development of LV and MV Switchgear. 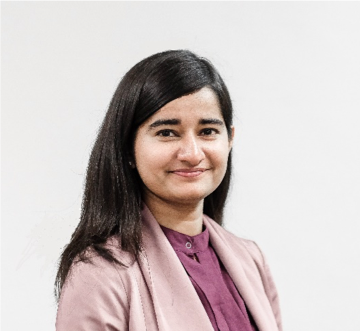