Wallas graduated from Cairo University (Egypt) in 1955 and obtained his Ph.D. from Dresden University (Germany) in 1962.

After immigrating to Canada in 1968, he joined the Municipal Hydro Utilities working in the area of Distribution System Planning and Design. In 1994 he retired from Etobicoke Hydro and established W. H. KHELLA Enterprises providing engineering services to the Electrical Industry and offering several popular professional development courses in the Electrical Power Distribution field in Canada and abroad.

Wallas is celebrating his 37th Anniversary with the Toronto Section. He began his association with the IEEE Toronto Section as Coordinator of Educational Activities in 1973. He organized a successful program and lectured a series of seminars for the Section. His efforts have undoubtedly provided a great service for our Section members and helped the Section finances. In 1983, he became the Section Treasurer, then Secretary, Vice-Chairman and Chairman for the years 1987 to 1989.

Among Wallas’s contributions to the Section, is the establishment of the scholarship program for the outstanding students in the Universities and Colleges in our Section’s territories.

In recognition of his services, the Section, at the Centennial celebration in 2003, designated one scholarship in his name to a local university.

For his outstanding achievement and contributions to the IEEE and the Engineering Profession, Wallas was awarded THE SILVER MERIT AWARD from the IEEE Central Canada Council in 1992, the FELLOWSHIP from the Engineering Institute of Canada in 1999 and the IEEE THIRD MILLENNIUM MEDAL in 2000.

Wallas is a Senior Life Member of IEEE, a fellow of the Engineering Institute of Canada and a PEO member. 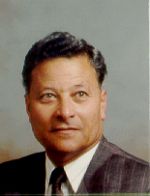