Mr. Di Stefano is president of Nuptek Systems Ltd. since 1981. Nuptek is a federally incorporated consulting company, holding a PEO (Professional Engineers of Ontario) Certificate of Authorisation, and specialising in microprocessors, automation, hardware, and software, including real-time embedded systems, fuzzy logic, OOA/OOD, C/C++. Previously, he was a senior design engineer for AES Data Ltd. and Delphax Systems. Mr. Di Stefano has published several technical papers and book reviews in his area of expertise. Current professional and research interests of Mr. Di Stefano include real-time embedded systems, fuzzy logic, OOA/OOD, C/C++ and design methods for all of the areas of his professional practice.

From 1986 to 2003, Mr. Di Stefano has taught in the Professional Development Program of the Faculty of Applied Science and Engineering at the University of Toronto. His courses have been in the areas of Real-Time Embedded Systems, Fuzzy Logic, C Programming Language, Object-Oriented Analysis and Design, Object-Oriented Analysis and Design using the Unified Modeling Language (UML), C++ Programming Language, Algorithms & Data Structures, UNIX, X11 (X windows), Multitasking, and Microprocessor-Based Data Communications. Previously he was an instructor with Ryerson University teaching in the areas of microprocessors and microprocessor systems. He also delivered courses for the University Of Toronto (School of Continuing Studies), Technical University Of Nova Scotia, the IEEE Toronto Section, CAIMS (Canadian Applied and Industrial Mathematics Society), the Canadian High Technology Show, EPIC (Educational Program Innovations Center), and many in-house courses for several clients of Nuptek Systems Ltd.

Mr. Di Stefano is a Senior Member of IEEE since 1994 and has been actively involved with the institute since 1979. Within the Toronto Section of the IEEE, he has been Society Chapter Chair, Educational Activities Chair, History Chair, Section Treasurer, Section Secretary, Section Vice-Chair, Section Chair, and Section Past-Chair. Mr. Di Stefano has been a member and the Chair of the IEEE Central Canada Council. He is currently a member of the IEEE Canada Executive Committee as External Relations Committee Chair and within the External Relations Committee he chairs Sections/Chapter Support . He has served as Ethics Committee Chair, as Publication and Communications Chair, and Professional Development Committee Chair. Over the years, Bruno Di Stefano has been a member of various IEEE Committees, including the Educational Activities Committee of IEEE Canada and Electronic Services Support Committee, and many organising committees of IEEE Conferences. He has received the following awards from IEEE: a Toronto Section Scholarship named in his honour (2003) (one of three in the 100 years of the IEEE Toronto Section history); IEEE Third Millennium Medal (2000); IEEE Central Canada Council Award (1998). In March 2007, Bruno Di Stefano was elevated to Fellow of the EIC (Engineering Institute of Canada).

Since 1992 Mr. Di Stefano has been a member of the executive of the PEO Toronto-Dufferin Chapter (merged into the West Toronto Chapter since the Fall of 2008). Moreover, he served as a member of the PEO PPC (Professional Practice Committee) (2001 – 2002) and as Chair of the EDTG (Engineering Disciplines Task Group)(1998 – 2002), the group mandated to study regulatory issues pertaining to non-traditional engineering disciplines and in particular software engineering. Mr. Di Stefano is the co-author of PEO guidelines for “Professional Engineers Acting as Independent Contractors” and for “Professional Engineers Acting as Contract Employees”. Bruno Di Stefano represented PEO in 1999-2000 as a member of the CEHRB (Canadian Engineering Human Resources Board), which conducted labour market surveys, provided statistical information on engineers and engineering, and monitored supply and demand, one of the boards of the CCPE (Canadian Council of Professional Engineers) the Canadian national coordinating body for provincial and territorial licensing authorities. 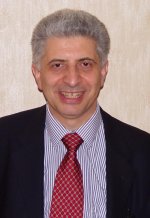