Dr. Hanna received the B.Sc. Degree (Honour) from University of Basra, Iraq in 1971, the M.Sc. Degree (Distinction) from Queen Mary College, University of London, England in 1973, and the Ph.D. from Imperial College of Science and Technology, University of London, England in 1977, all in electrical engineering. Following a short teaching career, in 1981 he joined Gulf Canada, now Petro Canada, as Central Engineering Specialist providing technical expertise to the refineries in implementing capital projects and equipment selection. In 1995, he founded RPM Engineering, Ltd., a certified consulting company specializing in Adjustable Speed Drive applications, power quality studies and power system analysis. He has authored 35 technical papers, including 16 IEEE Transactions/Conference papers and has been an invited speaker to several utilities. He is a registered professional engineer in the provinces of Ontario, Alberta, and British Columbia. Dr. Hanna became a Fellow of the Institution of Electrical Engineers, England in 1993, a Fellow of IEEE in 2004 and a Fellow of EIC in 2006. He served as IEEE Toronto Section Chair in 2002 & 2003, and is currently serving as President of IEEE Canada and a Director of IEEE. 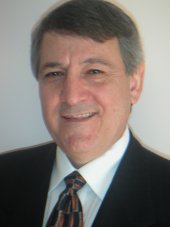