The Annual General Meting (AGM) of the IEEE Toronto Section is an occasion to celebrate our achievements, made possible by its dedicated volunteers and members. This year, the AGM will also include the elections for a new set of Section officers, to serve in 2016-2017.

Please notice the following:
• Dress code is Elegant Casual.
• Section members (and one guest) can purchase tickets by contacting olivier@ieee.org. The cost is CAD$50,00 (Life Members) and CAD$70,00 (Other Members).
• Seats are limited; RSVP is mandatory.

Bio for Craig Thornton:
Craig Thornton is Vice President and General Manager of the Robotics and Automation Division within MDA’s Information Systems Group. Craig’s team was/is responsible for key Canadian signature programs such as the iconic Shuttle Remote Manipulator System (i.e., Canadarm) for the now retired Shuttle Fleet and the Canadarm2 & Dextre robotic systems for the International Space Station. The Robotics and Automation Division has also achieved many successes in the application of its space robotics heritage to “terrestrial” applications. These include the NeuroArm (now known by the trade name SymbisTM) neurosurgical robot, inducted into the Space Technology Hall of Fame in 2014, as well as robotics and automation systems for other medical, nuclear, mining and security applications. Craig worked at Spar Aerospace for 10 years before its acquisition in 1999 by MDA, where he held a variety of both technical and management positions, including Director of Engineering and Manufacturing. In 1999, he left MDA to grow and develop a small business (CIMTEK Inc.) in the field of automated, electronic, functional test equipment and services. During the next 9 years, Craig and his partners built the business through several acquisitions in the UK and the US and the establishment of Greenfield operations in Monterrey, Mexico and Suzhou, China. After building CIMTEK to an attractive size, Craig and his partners sold the business in early 2008. Following the sale, he was involved in several small technology start-ups as an angel investor and senior manager until his return to MDA in 2010. Born and educated in Ontario, Canada, Craig holds Bachelor of Science and Master of Science degrees in Human Biology/Biomechanics from the University of Guelph and a Masters of Applied Science in Mechanical and Industrial Engineering from the University of Toronto. Craig has been happily married to Jane for 32 years. He has two sons, Michael and Jason. Michael is a 4th year B. Comm. student at Ryerson University and Jason is a 3rd year Electrical Engineering Student at McMaster University. Craig is an avid soccer player and coach, mountain biker, skier and wind surfer. He has also been known to race Porsche’s from time-to-time. When he’s not doing any of these things he is likely sitting on the dock at his cottage with his family, friends and a cold beverage. 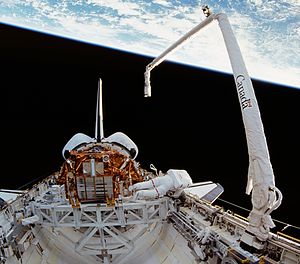