Skip to content
Home » Newsletter » The significance of negative space or holes are more important than you think!

Most people don’t think much about what isn’t there. We don’t tend to look at a scene and pick out empty spaces—we ignore them. Our attention is drawn to physical objects we can see and interact with. This makes a lot of sense as we navigate in a world full of sharp objects, hard surfaces and a fragile human body. We have been conditioned to think of empty space as safe space—what isn’t there, normally can’t hurt us. In a field like robotics, where collision avoidance is a common topic of research, physical objects are sensed and described with precision, providing exact locations for edges, heights and similar features, while empty space isn’t characterized at all except being renames as, “path”.

Other endeavors have put a lot more thought into negative space. In art and photography, negative space is a feature in itself that forms an interesting or artistically relevant shape. In some cases, the negative space can be used to artistic effect as the “real” subject of an image as the physical objects in the image are deemphasised.

As a researcher with interest in Urban Search and Rescue (USAR), one can easily extend the notion of negative space to the rubble of a collapsed building for a positive reason: negative spaces are where the surviving former occupants of the building will be trapped and hidden after the building’s collapse due to any number of reasons including poor construction, earthquakes, bombs, or any number of other factors that lead to the collapse. A natural tendency in USAR operations is to closely examine the structures that are formed after the collapse of a building has taken place—forming rubble. First responders and structural Engineers do this because searching for people trapped in rubble is a dangerous undertaking as parts of the building may continue to collapse and cause a very dangerous work environment. To make the rubble pile as safe as possible considerable and time consuming efforts are made by emergency task forces to stabilize the rubble pile by adding shoring and other stabilizing structures. However, one must remember that these efforts are made to keep the search teams and other workers on the pile safe. In effect the necessary work on the positive space of the rubble has a tendency to overshadow the negative space of where the people are actually trapped. These negative spaces are called “voids” and provide the temporary shelter where survivors become trapped and await rescue.

We argue that the characterization of these structure voids are extremely important from both a rescue perspective as people’s lives are at risk. However, also because concentrating on the characteristics of voids may have several significant computational advantages including, 1) voids are where the people are so we should reason about them, 2) voids can be described independently of the context of the rubble the voids are found in.

Our work has been largely theoretical to date and is described in [1] and [2] where RGBD sensors were employed to detect and naively characterize holes in simulated disaster rubble. We are not the only ones who have tried to examine the characteristics of this particular form of negative space. [3] has used Ground Penetrating Radar to try and locate and characterize holes in rubble as well.

We believe the next steps in elaborating on negative space in the USAR context is to discover, improvise or coopt a lexicon that can be used to describe a hole. Clearly there are important factors that make rubble holes interesting (depth and physical shape come to mind) but they are very difficult to describe as there is no language that addresses the physical manifestation that is a hole and the complexity of it.

Clearly holes are important, shouldn’t there be language elements that describe  them consistently? 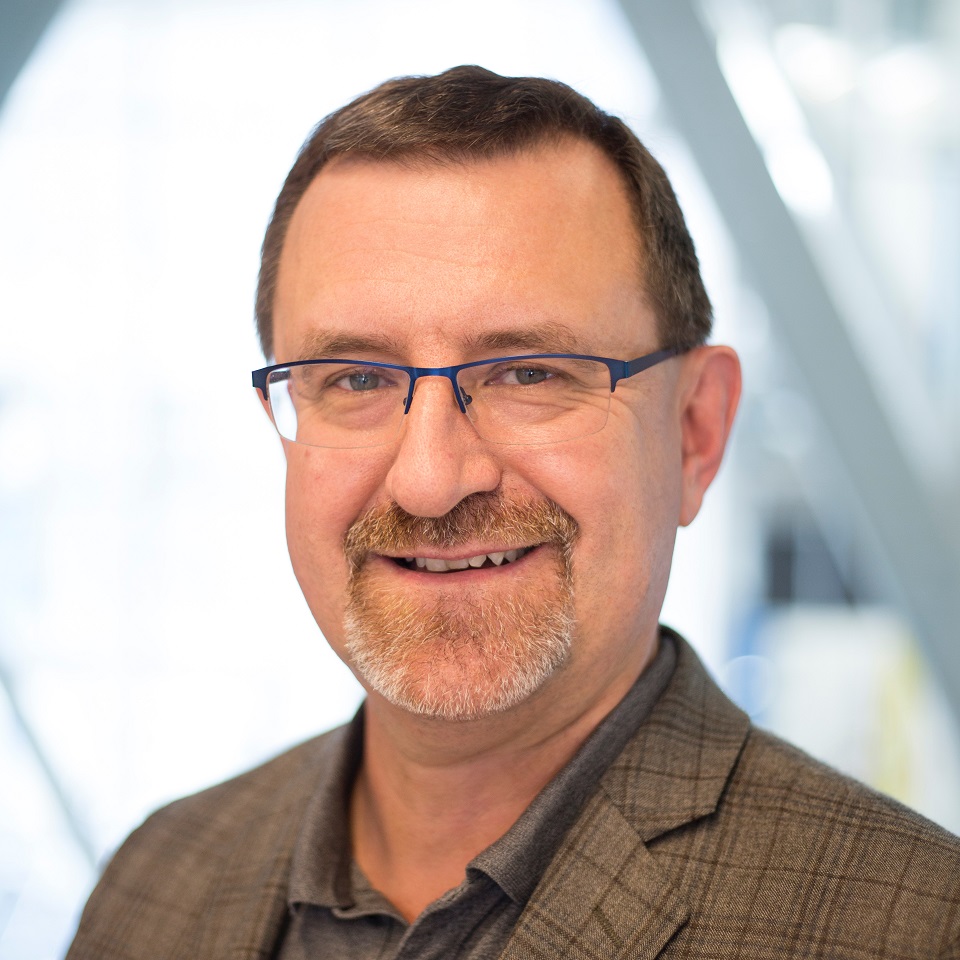 Alex Ferworn is a Professor of Computer Science. He earned his PhD from the U of Waterloo, his MSc from the U of Guelph and his B. Tech from Ryerson. He serves as the Graduate Program Director (GPD) of The Master of Digital Media program and the GPD of the graduate programs in the Department of Computer Science where he is also an Associate Chair.  He is the creator of over 30 Certificate and other programs in the Chang School. Previous roles are varied and include; progressively senior roles in telecommunication companies, service as a police auxiliary and as an infantry Company Commander in the Canadian Forces Reserve.

His research focuses on “Computational Public Safety”. He seeks out collaborations with individuals and groups in fields as varied as Archaeology, Law Enforcement, Physics, Disaster Management, Fire Protection, English, Early Childhood Education, Performance and Fashion.  In 2019 his work in finding lost people living with dementia was featured at the CRAM Festival.